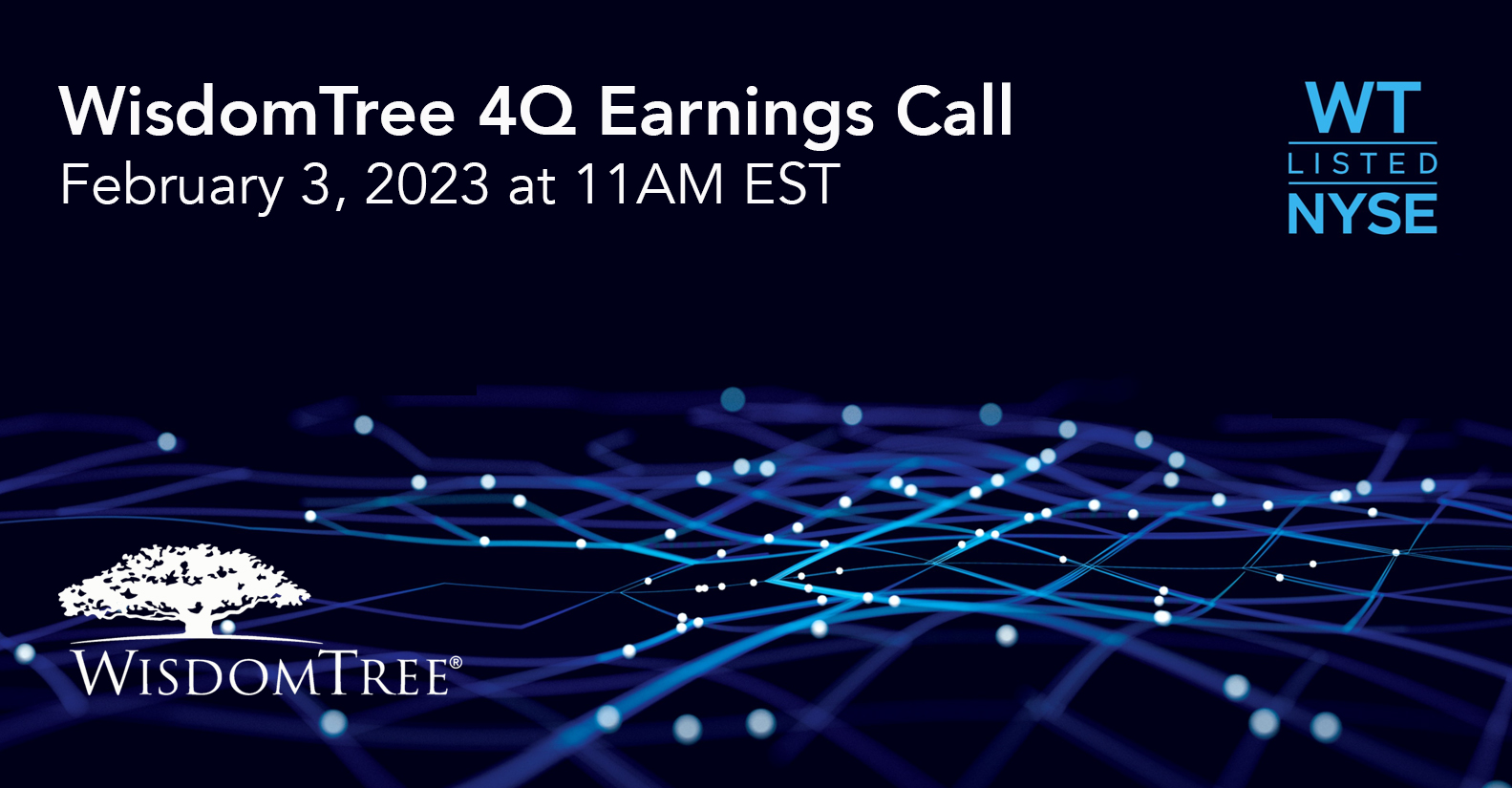 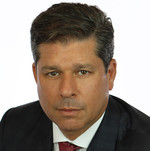 Jonathan Steinberg founded WisdomTree and has served as Chief Executive Officer since October 1998 and as President from August 2012 to September 2019. He has been a member of the Board of Directors since October 1988, serving as Chair of the Board of Directors from October 1988 to November 2004. He also served as Editor-in-Chief of Individual Investor and Ticker, two magazines formerly published by the Company. Mr. Steinberg is responsible for the creation and development of our proprietary index methodology. Prior to founding WisdomTree, Mr. Steinberg was employed as an analyst in the Mergers and Acquisitions Department of Bear, Stearns & Co. Inc., an investment banking firm, from 1986 to 1988. Mr. Steinberg is the author of Midas Investing, published by Times Books, a division of Random House, Inc., in 1996. In connection with our strategic investment in December 2019 in Securrency, Inc., a technology company focused on blockchain-based financial services infrastructure, Mr. Steinberg joined Securrency’s Board of Directors. He attended The Wharton School of Business at the University of Pennsylvania. 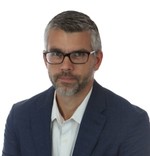 Bryan Edmiston has served as Chief Financial Officer since June 2021. Previously, he served as Chief Accounting Officer from April 2018 to May 2021 and as Director – Financial Reporting and Accounting Policy from September 2016 to May 2021. Prior to WisdomTree, Mr. Edmiston joined Gleacher & Company, Inc. as a Managing Director responsible for Accounting Policy and SEC Reporting in December 2009. From August 2011 to September 2016, he served as Controller and Principal Accounting Officer of Gleacher. Mr. Edmiston was also a Senior Manager within the Banking & Capital Markets Assurance Practice at PricewaterhouseCoopers LLP, having been employed there from September 1997 to December 2009 while servicing a number of clients in the financial services industry. He received a B.B.A. in Accounting from Pace University and is a Certified Public Accountant. 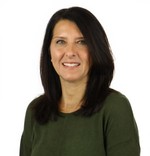 Marci Frankenthaler has served as Chief Legal Officer and Secretary since April 2019. She served as Deputy General Counsel from January 2018 to March 2019, and as Director of Business and Legal Affairs, Associate General Counsel from July 2014 to December 2017. From June 2008 to June 2014, Ms. Frankenthaler was General Counsel of Frederick’s of Hollywood Group Inc., a specialty retailer that she helped to take public and then private. Prior to that, Ms. Frankenthaler was a partner in the Corporate and Securities department of Graubard Miller, which served as our primary corporate counsel, from 1991 to 2007, and was employed at that firm beginning in 1994. Ms. Frankenthaler received her B.A., with honors, in Psychology with a concentration in Human Resources from Binghamton University and her J.D. from Benjamin N. Cardozo School of Law, where she served as Executive Editor of the Cardozo Law Review.

R. Jarrett Lilien has served as President and Chief Operating Officer since September 2019. From November 2017 to September 2019, he served as Executive Vice President and Head of Emerging Technologies. From November 2008 to December 2017, Mr. Lilien was a member of the Board of Directors and served on the Audit, Compensation and Nominating and Governance Committees. Until November 2017, Mr. Lilien was the Managing Partner of Bendigo Partners, LLC, a financial services focused venture capital investing and advisory services firm he founded in 2008. From September 2012 to July 2014, Mr. Lilien served as the Chief Executive Officer of Kapitall Inc., an online investing platform. From 2003 to 2008, he served as President and Chief Operating Officer of E*TRADE Financial Corporation. In this role, he was responsible for the tactical execution of all of E*TRADE’s global business strategies. Previously, he served as the President and Chief Brokerage Officer at E*TRADE Securities. In this capacity, Mr. Lilien reorganized the business, adding new product lines and providing innovative brokerage capabilities to its retail, institutional and corporate clients around the world. With experience in more than 40 global markets, he was instrumental in developing a flexible infrastructure for E*TRADE’s brokerage units designed to provide retail and institutional clients with seamless execution, clearing and settlement. Prior to joining E*TRADE, Mr. Lilien spent 10 years as Chief Executive Officer at TIR (Holdings) Limited, a global institutional broker, which E*TRADE acquired in 1999. Mr. Lilien currently serves as President of the Jazz Foundation of America and is on the Board of Directors of Barton Mines Corporation and the Baryshnikov Arts Center. He served as a member of the Board of Directors of Investment Technology Group, Inc. (NYSE: ITG), an independent execution broker and research provider, from April 2015 until its acquisition by Virtu Financial, Inc. in March 2019, and served as interim Chief Executive Officer from August 2015 until January 2016. Mr. Lilien received his B.A. in Economics from the University of Vermont. 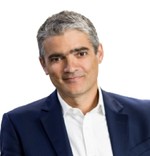 Alexis Marinof has served as Head of WisdomTree Europe since August 2019. He joined WisdomTree Europe in July 2017 as Head of European Distribution, a position he held until April 2018 when he was appointed Chief Operating Officer to oversee the integration of ETF Securities and build out WisdomTree’s multi-product European ETP business. Prior to that, he held various positions at State Street Global Advisors, including as EMEA Head of SPDR ETFs (April 2013 - November 2016), EMEA Distribution Chief Operating Officer (October 2013 - September 2015), Head of Middle East and Africa (February 2008 - April 2013) and Head of the Nordic Region (January 2006 - January 2008). Mr. Marinof received a five-year degree in Finance and Business Management “Ingénieur Commercial et de Gestion” from the Université Catholique de Louvain-La-Neuve IAG Louvain School of Management in Belgium. 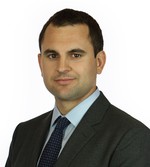 William Peck has served as Head of Digital Assets since October 2021. In this role, he oversees digital asset initiatives. From February 2020 to October 2021, he served as Head of Strategy and Emerging Technologies, where he was responsible for oversight of corporate development and other strategic initiatives, including investments in emerging technologies. From September 2014 to January 2020, he held various positions on our Strategy team, including Senior Analyst, Senior Associate and Director. From July 2012 to July 2014, Mr. Peck worked as an Investment Banking Analyst for Bank of America Merrill Lynch covering a range of financial services companies. In connection with our strategic investment in December 2019 in Securrency, Inc., a technology company focused on blockchain-based financial services infrastructure, Mr. Peck joined Securrency’s Board of Directors. He received an A.B. in Government, cum laude, from Harvard University. 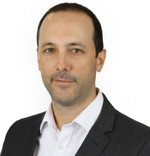 David Yates has served as Chief Information Officer since April 2015. He is responsible for WisdomTree’s global technology infrastructure, cybersecurity, information management and software engineering. He previously worked at McKinsey & Company from October 2009 to March 2015, most recently as an Associate Principal, advising investment management and insurance clients on a range of strategic technology and operations issues. He pioneered McKinsey’s advanced analytics approach for the insurance industry, laying the foundation for new engagement models and product offerings. He also co-led McKinsey’s IT Sourcing Practice in the Americas, where he was responsible for sharing expertise with clients during sales and procurement situations, creating industry-shaping content on sourcing, and training expert practitioners within the firm. From March 2005 to July 2007, he worked at Accenture plc, where he led multinational technology delivery programs in the capital markets space, including the design and implementation of the London Stock Exchange’s equity trading platform. Prior to that, he held technology roles at the Bank of England. Mr. Yates received his B.S. in Mathematics and Economics with First Class Honours from the London School of Economics and Political Science, an M.S. in Computing Science with Distinction from Imperial College London and an M.B.A. from MIT Sloan School of Management. 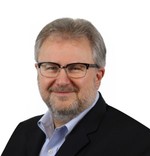 Senior Advisor to the CEO and Chief Administrative Officer

Peter M. Ziemba has served as Senior Advisor to the CEO and Chief Administrative Officer since January 2018. He served as Executive Vice President—Business and Legal Affairs from January 2008 to December 2017 and Chief Legal Officer from March 2011 to December 2017. From April 2007 to March 2011, Mr. Ziemba served as General Counsel. Prior to joining WisdomTree, Mr. Ziemba was a partner in the Corporate and Securities department of Graubard Miller, which served as our primary corporate counsel, from 1991 to 2007, and was employed at that firm beginning in 1982. Mr Ziemba is a member of the Advisory Board of WFUV FM radio. Mr. Ziemba received his B.A. in History with university honors from Binghamton University and his J.D., cum laude, from Benjamin N. Cardozo School of Law. Mr. Ziemba served as a director of WisdomTree from 1996 to 2003.